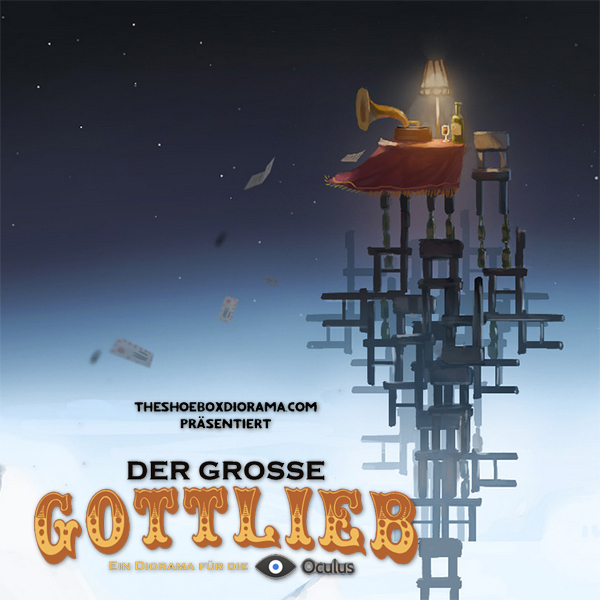 The Overkill is a 48 hours nonstop event focused on the gaming culture. The festival stands at the point where films, video games, art, technology and science meet and interact with each others. The festival wants to show how these interconnections influence the evolution of our society.

The fabled Der Grosse Gottlieb, the greatest acrobat of his generation, will perform his final amazing trick. After building a tower of chairs twice the size of the Eiffeltower, he will now built a tower of mythical proportions, high enough to knock on heaven’s door to visit the stars! Der Grosse Gottlieb is the second addition in a series of fantastical dioramas for the Oculus Rift by interactive illustrator Daniel Ernst called The Shoebox Diorama. The first diorama Blocked In was one of the top downloaded experiences for the Rift.